About the Author: Madhuri Guram

Viki Stores is the brainchild of Rafik Gouda, a serial entrepreneur from Egypt.

Long before he stepped into the retail space, Rafik was one of the most sought after medical suppliers, operating under the registered brand name ‘VIKI’ in Egypt’s healthcare industry, While he was successfully running his business, eCommerce was bustling and Rafik had a gut feeling that this would be the next big thing in the years to come.

Armed with the first-movers advantage, Rafik built his own eCommerce storefront called ‘Viki Stores’ using WooCommerce. Initially, he only sold medical supplies online, but as his store started picking up and as consumers started demanding for more, he began to add different products and categories to adhere to his customers needs.

Gradually, Viki Stores became the ultimate destination for customers to buy all their essentials ranging from healthcare to beauty, home appliances, kitchen supplies, and much more. However, his experience of using WooCommerce wasn’t as smooth as he expected, and within a few months of server errors and other technical glitches, Rafik moved to Shopify.

“Moving to Shopify was the best thing ever! It was super simple to use and I could single-handedly take care of all my website needs. When I pivoted my business to eCommerce, I learnt basic coding which made it easier for me to change themes and make edits to my Shopify website. With Shopify, my business grew by 18% within the first few months!” Rafik Gouda, Owner at Viki Stores.

The Goal of Viki Stores

“When a customer downloads your app, that clearly indicates that your products cater to his needs and he’s going to be a repeat customer. Apps in a big way contribute to building customer loyalty and that was my sole motive of building an app for Viki Stores”. Rafik Gouda, Owner at Viki Stores.

Rafik started exploring the Shopify App store for app development platforms and came across Plobal Apps. Intrigued with the idea of building an app in as less as 30 minutes, Rafik got in touch with us.

“A few things that I took into consideration before approaching Plobal Apps were:

Luckily for me, all my business requirements and expectations were met with Plobal Apps”. – Rafik Gouda, Owner at Viki Stores.

Our Mobile App Expert, Yuvraj, gave Rafik a quick product demo and showed him how his mobile app would look like. Rafik was delighted to see the final outcome and with a few edits, decided to publish the app on the app stores.

Earlier Rafik would focus on Facebook and Instagram ads for customer acquisition. However, with an app, he no longer had to spend huge marketing budgets to acquire customers or retarget potential customers. Using our free Redirectify Tool, Rafik successfully promoted his app on the website, thus, increasing his app installs by 3x within the first month!

Once he established a steady rate of 30% new app downloads on a month-on-month basis, he started using Push Notifications to create app stickiness and keep his customers coming back to the app for more. Rafik typically sends our 3-4 push notifications in a week, which mainly focus on new arrivals, exciting discounts and deals or exclusive coupon codes for his customers.

The mobile app helped Viki Stores acquire a higher market share and increase customer loyalty and engagement by 42%. With the app, they could significantly cut down on their marketing costs and understand their customers better with in-depth app analytics, which in turn enabled them to take data driven actions and provide a more personalised shopping experience to their customers. 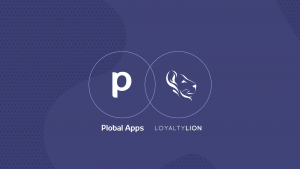 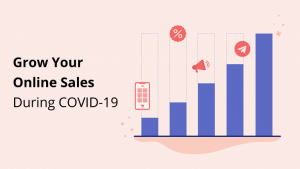 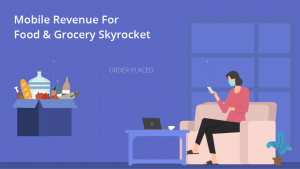